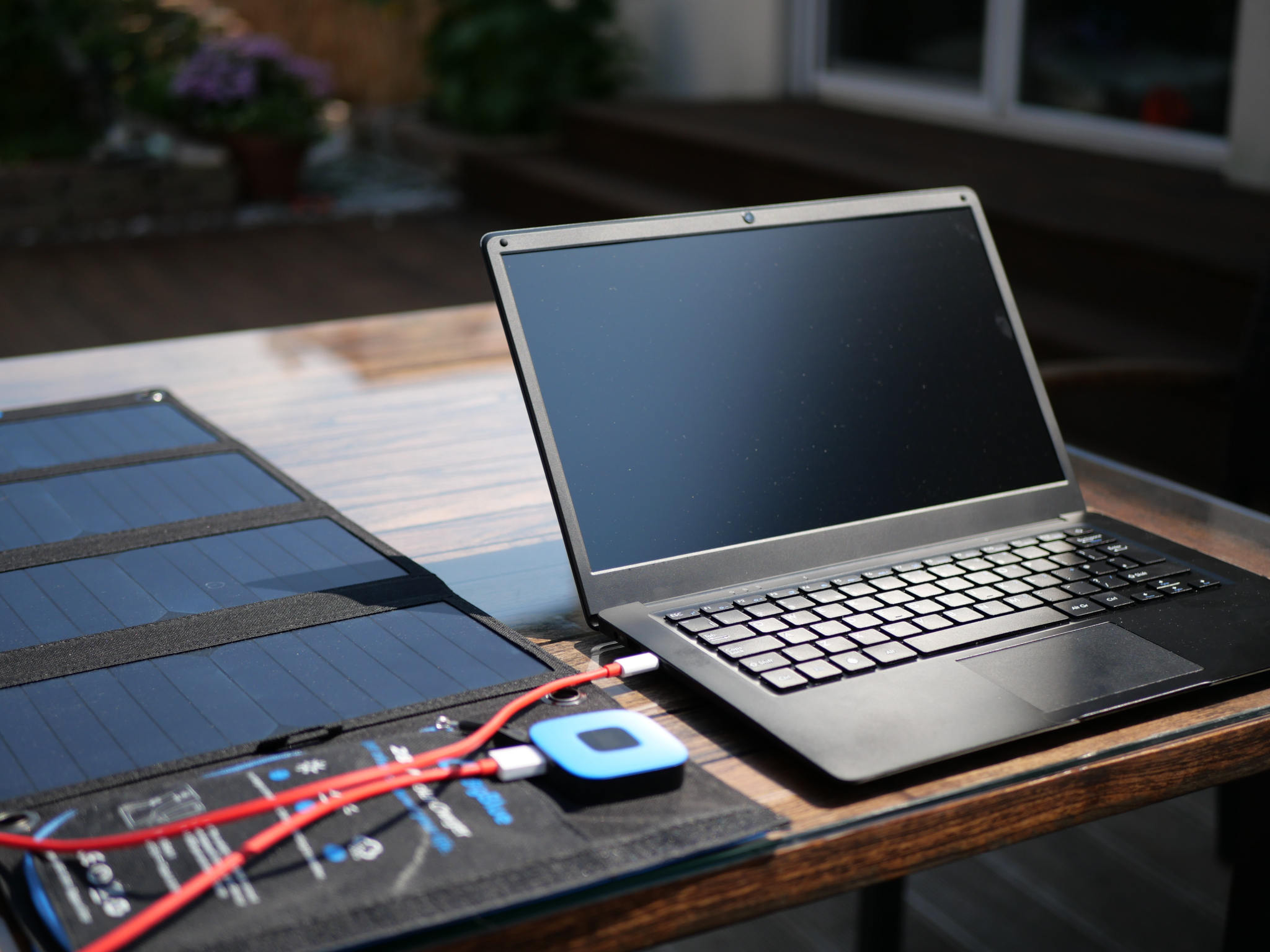 This piece of kit has been a conversation starter everywhere I take it out, so I figured it could use a short writeup.

In 2020 I purchased a Pinebook Pro laptop. I had wanted a low-power ARM laptop for a while, the PBP came in a tolerable size (this is a 14” screen; about the top end of acceptable screen sizes for me), and it was an absolute steal. Including shipping and import duty — my device shipped from Hong Kong — I got mine for €277 all told.1

Now if you haven’t heard of the Pinebook Pro, or for that matter of the PINE64 community, you should check out their web site. They make a bunch of really neat devices, though I can only speak to the Pinebook Pro as that’s the only one of their devices I’ve ever owned.

Obviously, the device’s claim to fame is its low power profile. Thus it should come at no surprise that its charging input voltage is a USB-typical 5V, like you know from your phone.

Now the PBP comes with a separate barrel-plug charging port, but most of the time I just charge it via it USB-C. This I do primarily for convenience; it’s simply one fewer piece of kit to carry around. I can thus charge the PBP with a standard wall-socket USB charger, a USB power bank, or any other USB power source.2

Which is where the solar panel comes into play. Mine is a 28W charger from BigBlue. Now, please don’t mistake me for an authority on solar panels; there may be better or more efficient ones on the market — I just found this one useful and compact enough for my liking. Nominally, this panel’s maximum amperage is 4.8A, but I’ve never seen it actually generate that. Under optimal conditions where I live (at 48°N latitude), that is direct sunlight around solar noon on a cloudless day, I can get just under 3A out of the panel in total. Out of this, the maximum output of a single port is 2.4A, so that’s my maximum solar charge current for the PBP.

Overall, for the PBP’s power consumption this is generally perfectly fine. I can work under a sunny or partly cloudy sky for the whole day if I want to.

I’ve also found the display contrast to be sufficient even in full sunlight. I do use a light GNOME theme for my desktop settings, but I don’t need to enable the high-contrast accessibility features. It’s not advisable to work with the whole laptop exposed to full sunlight, though, as the black device body does absorb a fair bit of heat. If you’re sitting outside with a light breeze going, that mitigates this problem.

Of course, sitting in the shade with just the panel exposed to the sun is the most preferable setup overall.

In terms of software running on the device, I never particularly warmed to the idea of running Manjaro (which the PBP ships with by default), so I run armbian with Ubuntu. I’m not a big fan of Cinnamon or XFCE either, but that’s no big issue: I just started with the Ubuntu Focal XFCE image, and then installed the vanilla-gnome-desktop metapackage and subsequently removed xfce4*.

Overall the Ubuntu aarch64 port works very well on this device with the armbian Linux kernel (currently, that’s 5.9.14), with a couple of small caveats:

So can I use this as my daily driver? Yes, with some minor drawbacks. But those I can work around fairly well.